Carter’s Superpower is Connecting
Helping out is something 14-year-old Carter excels at. For the past four years, he has partnered with his grandfather to volunteer for Meals on Wheels (a nonprofit that combats hunger […]

Helping out is something 14-year-old Carter excels at. For the past four years, he has partnered with his grandfather to volunteer for Meals on Wheels (a nonprofit that combats hunger in the senior population). They are floaters, meaning they fill in when regular volunteer drivers are unavailable. This also means they get to experience all seven local routes and Carter has the opportunity to visit and deliver food for many local seniors.

Before every food delivery, Carter organizes all the meals, fills out the paperwork, and coordinates the packages according to the route. This is a big job that he began at age 10. But the most rewarding part for Carter is visiting with the people on the route.

Like the WWII veteran who was adjusting to having dementia. “It was at the point where he didn’t remember many people’s names. But every time Carter showed up, he would get excited and greet him by name. It amazed the gentlemen’s wife. But people just enjoy and like Carter,” his grandfather explains.

The appreciation goes both ways. When one senior lost her beloved cat, Cater sent her a sympathy card with a photograph of himself and his grandfather with a Meals on Wheel’s sign so she would know who they were. The next time they visited, they found the photograph on the fridge. She told Carter how touched she was by his kindness and understanding of her loss.

Building relationships with others is one of Carter’s superpowers.

One of his best friends is a blind Vietnam Veteran who recently lost a leg from diabetes. The two have an exceptional bond. Carter reaches out to his friend several days a week and visits with him weekly, if not more. He does chores and mows the gentlemen’s yard. When he returned home after having his leg amputated, Carter worked with a small crew who built a ramp free of charge. Recently a line in the well at the gentleman’s home broke. Carter leaped to action and repaired it for him.

While visiting his Veteran friend, he learned of a lady who needed duck eggs. Carter’s ducks had just started laying eggs. On the spot, he decided he would supply the needed duck eggs. When a price was mentioned, Carter responded, “Well, she’s like family, and we don’t charge family.”

For Carter, his family continues to grow and grow by the individuals he meets and connects with. It could be a WWII Veteran who can’t recall faces but recalls his time spent in Italy during the war, or a senior who is mourning a loved pet, a Vietnam Veteran who is adjusting to a new way of life, or a woman he’s never met but needs something he can offer.

Several years ago, Carter adopted the nickname “Big C” which was humous at the time because of his small size. But perhaps, “Big C” is actually the perfect nickname for someone with such a caring heart who sees community and connects everywhere he goes.

#WeRPositive Carter will continue to connect with those he meets and fill their needs when he can. What an outstanding young man. We are very proud of you, Carter, and we hope you keep it up!

If you know of a young person like Carter who helps out in both big and little ways, please let us know. We are on the lookout for local Do-Gooders to celebrate because we can all use a little good in our lives right now.

We believe that healthy truths reduce use.

But their peers think they are — and that makes a big difference.

Positively Elkhart County is a social norming campaign that aims to change students’ attitudes, behaviors and perceptions surrounding alcohol and drug use.

The goal of our program is to show students in our community that drinking and using drugs is NOT the norm and is NOT “cool.” Research shows this approach will reduce use over time.

Most teens in Elkhart County are making positive choices about alcohol, nicotine, and other drugs.

However, many believe they are in the minority and their typical peers engage in substance use. What teens think about their peers’ behavior has a strong influence on their own choices.

Our surveys show that high school students who believe their typical peer uses drugs or alcohol are 2-3 times more likely to engage in use themselves.

TEEN DRINKING OVER PAST 30 DAYS

When Students Know Their Typical Peers Do NOT Drink 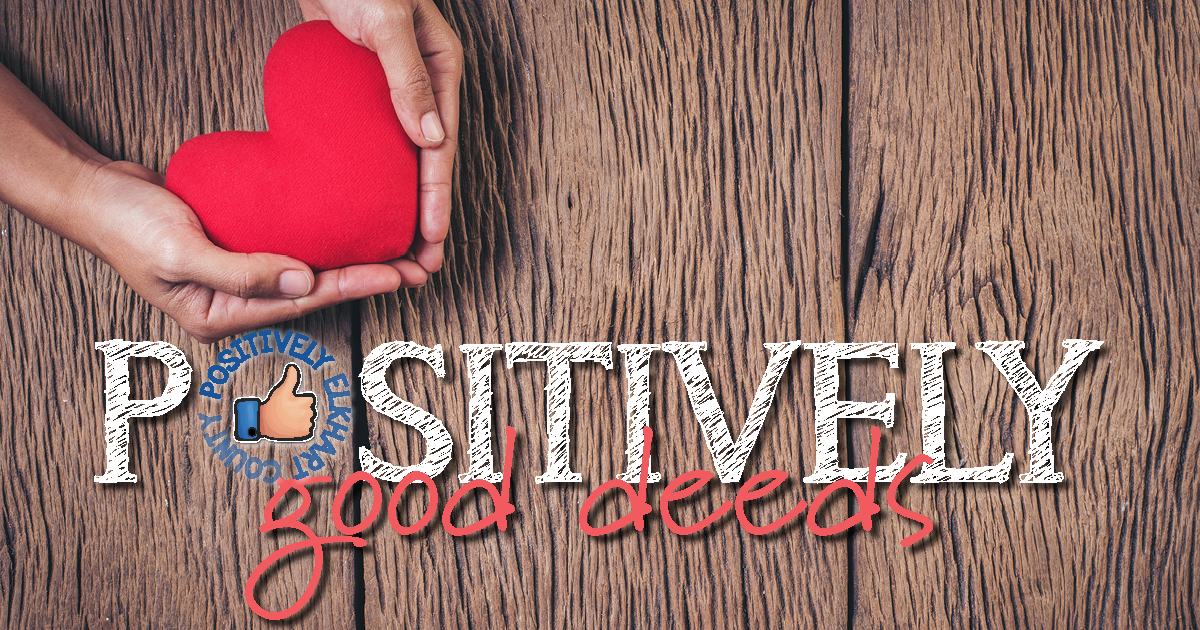